Lilith and Her Demons : A Concept Album

Lilith and Her Demons was first workshopped in the 2019 Philly Free Fringe as a five day developmental lab experience. This ended in an invitation to the public to come witness our work at the close of day five. Our hope was to host another workshop of this piece in the spring of 2020, but COVID19 intervened. This encouraged us to pivot our focus, and write music for Lilith and Her Demons remotely. The piece had a two weekend run of live streams in the 2020 Philadelphia Fringe Festival as a concept album. Sarah Hough joined Apartment 20 for this iteration as a guest artist to compose the piece. Sarah Hough (she/her), (Music & Lyrics)  a recent graduate from the University of the Arts where she earned her BFA in Musical Theater. As a composer and lyricist, her work was last seen in the 2019 Philadelphia Fringe Festival production of Since They Left. She often prioritizes family, feminism, religion, disability, and the LGBTQ community in her writing. When she isn't working on her latest theater project, she loves hiking, skiing, writing poetry, exploring art museums, and cuddling with her cat. www.sarahnhough.com

​
​Damien Figueras (he/him), (Orchestrations & Mixing/Mastering) is a Philadelphia based composer, music director, and sound designer. He is a two-time Barrymore Award nominee (for his work on Moth at Azuka Theatre and for Antihero at Tribe of Fools). He is currently the Director of Production at the Philly Improv Theatre. Damien is a proud member of the Theatrical Sound Designer and Composer Association (TSDCA). Damien is also a Resident member of Apartment 20. www.dfigueras.com 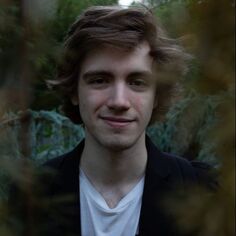 ​Donnie Grimm (he/him), (Mandolin & Mixing/Mastering) is a is an actor, singer/songwriter, and composer based in Philadelphia and a recent graduate of The University of the Arts. Donnie is also a current Resident member of Apartment 20. 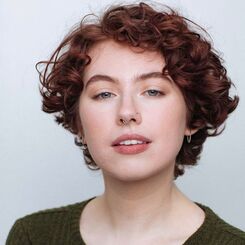 Mae River Waldron (they/them) is a Philadelphia based theatre artist and recent grad of the Musical Theatre program at the University of the Arts.  Recent credits include: TL;DR (workshop with the Polyphone New Musical Festival), Since They Left (Philadelphia Fringe), and Troilus & Cressida (Walking Shadow Shakespeare Company).  In the playwriting world, they will be attending the WPI conference in Montréal, pushed back until 2022 (thank you, Covid-19!), with their play COOP, and just recently this past spring held the first workshop of their new musical, Ghost Town.  Mae is just buzzing with excitement over this cast and company, this piece, and over singing Sarah’s music again. All love to Fauna.
IG: @ohitsbetterthisway / ohitsbetterthisway.com 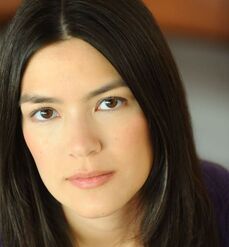 Twoey Truong (she/her) is a Philadelphia-based theatre artist originally from Salina, Kansas with an MFA in Theatre Performance from the University of Southern Mississippi. Recent Philadelphia credits include Phaedra's Love (Svaha Theatre Collective) Marie Antoinette (Curio Theatre Company), Cymbeline (Revolution Shakespeare), and The Comedy of Errors (Delaware Shakespeare Festival). Twoey would like to thank Randi Alexis Hickey, Apartment 20, and this incredible ensemble for this opportunity. 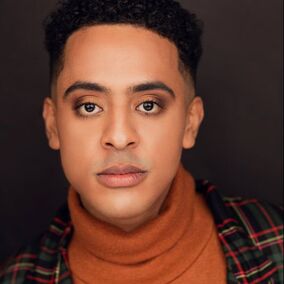 Joshuah Dominique (they/them) is thrilled to be apart of such a spicy company of artists. They are a New York City based performer, creator, and educator who graduated from the University of the Arts and the Eugene O’Neill Theater Center. Some previous credits include; Nurse Kathy in the Elementary Spacetime Show (Powerhouse), Colin Goldchild in The Eleventh Hour (Town Stages), and their solo cabaret It Takes One (Philadelphia Fringe). Follow Joshuah on twitter and instagram to find out about more upcoming projects and queer nonsense @JoshuahDSimpson. Long live Patti LuPone! 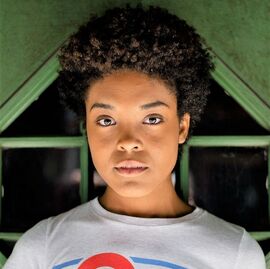 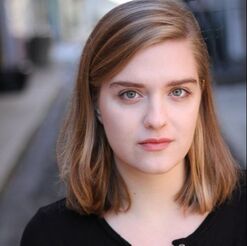 ​Marlee Waleik (she/her) is delighted to be making her Apartment 20 debut! A recent graduate of The University of the Arts' Musical Theatre program, Marlee's favorite credits include Hamlet (Player King) and O(rest)eia (Iphigenia), both UArts productions. She would like to thank Apartment 20 for giving her the opportunity to be involved in this beautiful new production! 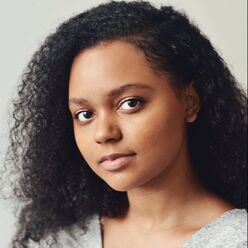 ​Malynne Smith (she/her) is delighted to be making her virtual debut with Apartment 20. She is a recent graduate from the University of the Arts where she earned her BFA in Musical Theater. Through her program she’s had many opportunities to contribute to developing works in Philadelphia. She is excited to create and collaborate with the amazing artists involved in Lilith. See more from her on her Instagram @malynne.smith. 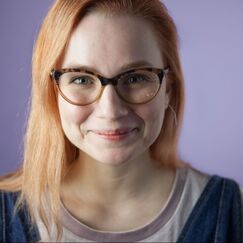 Laurel Johnson (they/them) is an actor, writer and creator based in Philadelphia. They participated in the workshop for ‘Lilith’ last year and are so grateful to be back with Apartment 20 for the album. Laurel plays the leading role of Lee Mitchell in the mystery/horror docudrama ‘Weeping Cedars’, currently airing it’s second season, available wherever you get your podcasts. They are one of the ensemble members devising a new theater piece with Paper Doll Ensemble, scheduled to be performed Spring 2021. Laurel will also appear in Revolution Shakespeare’s ‘154 Revisited‘, performing sonnets 26 and 47. www.laurelmargaretjohnson.com 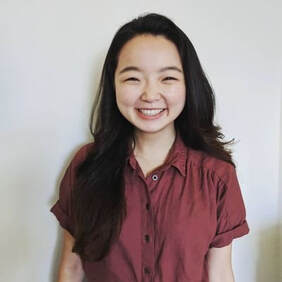 Claris Park (she/they) is a performer and writer currently based in Korea. They were part of the 2018 inaugural cohort of the Philadelphia Asian Performing Artist (PAPA) and Asian Arts Initiative (AAI) Mini-Residency Program, and a part of the 2019 inaugural cohort of PAPA's Playwright Project. Select acting credits include Man of God (InterAct Theatre Company), The Wolves (Boise Contemporary Theatre), Among the Dead (Theatre Exile, 2019 Barrymore Award Nominee for Outstanding Supporting Performance in a Play), and The Monster In The Hall (Inis Nua Theatre, 2019 Barrymore Award Nominee for Outstanding Leading Performance in a Musical). Select writing/devising credits: 100YearsForWhat (PAPA Philly Asian Histories), The DJZ (Developed in residency with PAPA/AAI and the Naked Angel's 2017 Issue Project Lab). Upcoming writing credits: Revolution Shakespeare's 154 Revisited, (Sonnets 18, 60, 113). She is a graduate of the University of Pennsylvania, and they will be attending Georgetown Law this fall. Thank you to Apartment 20 and this fabulous group of collaborators, my parents and Colin, friends and community. 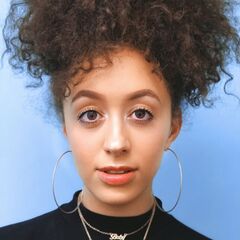 Kashmir Autumn Reed (she/her) is a Philadelphia based performer and current junior at the University of the Arts. In her time in Philadelphia, she's had many opportunities developing new plays and musicals and is excited to be part of another! Kashmir is delighted to be making her Apartment 20 debut, and to be able to create art during this time. She'd like to thank her friends and family for their endless support. 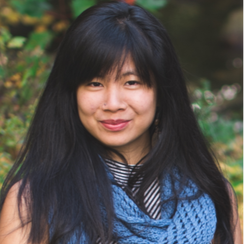 Mel Hsu (she/her), (Cello) is a sonic painter of impossible worlds. As a multi-instrumentalist, Mel ventures from her classical roots into collaborations with dancers, filmmakers, rappers, poets and visual artists.  Mel’s restless spirit now finds adventure along the East Coast and internationally as musical support for various ensembles and projects. Mel is the Community Organizing Director at Girls Rock Philly, where she works to amplify the voices of girls, trans and gender-expansive youth through the radical process of unapologetic sound-making. www.melaniehsu.com 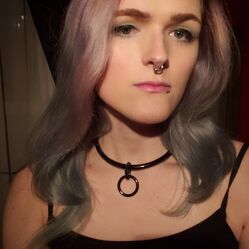 Corinne Kite-Dean (she/her), (Guitar) is from Bellmawr, NJ, and her primary styles of focus are funk, fusion, and pop. She studied jazz guitar at University of the Arts, and has been involved as a pit musician in multiple theater productions at the school and around the city since early 2019. Aside from being a musician, she came out as transgender in August of 2018, and has since been very active in speaking on trans issues and offering her perspective to educate and normalize trans experiences where needed. This is the first time she has played any part in Fringe Fest, but it will certainly not be her last! 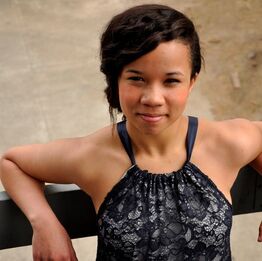 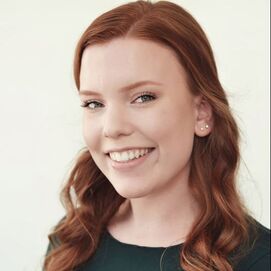 ​Olivia Duvall (she/her), (Violin) is an actor/musician from Boston, currently studying at the University of the Arts. Recent Philly theatre credits include the Arden Theatre (Treasure Island, Once), Polyphone Festival (Marie in Tomorrow Land), and the Philadelphia Fringe Festival (Mother Courage).  Big thanks to Apartment 20 for the opportunity! 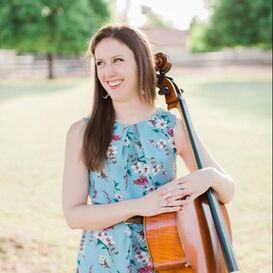 Melissa Brun (she/her), (Cello) is a professional cellist and freelance teaching artist, holding a BM and PC from Purchase College Conservatory.  She is currently on faculty at Millersville University, teaches cello at Waldron Mercy Academy, and hosts her own private studio.  She is a founding member of the chamber-folk sextet, The Sound Accord, with whom she has toured and presented at various national conferences, and a new member of Irish trio, Maggie’s Boots, who plays frequently in the Philadelphia area. Melissa is also a clinician for D’Addario Orchestral, teaching workshops to students and teachers in the Philadelphia region about strings - how they’re made, why they sound differently from one another, and how to make informed choices about strings.  Additionally, she recently took on a managerial role with the Chester County Youth Orchestra. Also an avid pit musician, Melissa has performed at various professional theaters in the region, including the Walnut Street Theater and the Fulton Opera House.  She has also played with several Broadway touring companies (Cinderella, A Gentleman’s Guide to Love and Murder, Matilda) and has soloed with Broadway stars, Kristin Chenoweth and Jonathan Groff. As Head of the Preschool Theater Department at the West Chester Studio for the Performing Arts, Melissa frequently directs and choreographs glee clubs and performance-based summer camps, both at the preschool and elementary level.  She is also in the process of co-writing, composing, and acting in an interactive musical designed for children ages 4-7, of which Karl the Cello plays a leading character. Melissa lives in Phoenixville, PA, with her husband, Chris, two cats, and Karl. www.MelissaBrun.com / Facebook / Instagram 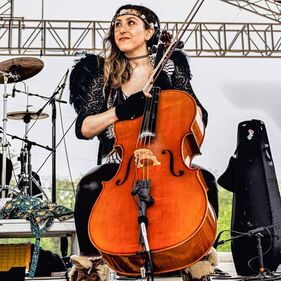 Bexx Rosenbloom (she/her), (Cello) is a Philadelphia-based singer and amateur cellist who performs with her cos-playing fairy pop-rock band, Miss Cantaloupe.  She completed her bachelors of music education and her masters of musicology at the Esther Boyer School of Music at Temple University.  She works as a regional community manager for Groupmuse, a nationwide classical music organization that organizes virtual concerts and, in covid-free times, classical music house parties.